Only 5 kilometers east of the Sydney central business district lies another affluent eastern suburb of Sydney suburb, Bellevue Hill. Bellevue Hill falls under the municipality of Woollahra. It is another one of Sydney’s most exclusive suburbs.

Bellevue hill is a beautiful and scenic suburb that provides residents with a calm and relaxing atmosphere. There are significant lots in the area and remarkable residential properties that make the suburb stand out. Bellevue hill overlooks the harbor which gives residents and tourists to the area a picturesque view.

Development of the area began in in the 19th century when Bellevue hill consisted of villas. The villas were built by new plutocrats living in the area. When the tram line extended to reach Bondi beach in 1914, Bellevue hill benefited from the extension and further grew into a suburban neighborhood.

Bondi Junction is south of Bellevue hill which makes it accessible to residents of the suburb. Other suburbs neighboring Bellevue hill include Point piper to the north, Edge cliff to the west and rose bay to the east.

Bellevue hill was first known as vinegar hill, named after the battle of vinegar hill by Irish-Australian immigrants. The name was later changed by Governor Lachlan Macquarie in the 19th century to Bellevue, meaning beautiful view.

The Fairfax family then established their empire in the area during the same era. They are known for starting the Fairfax media empire. 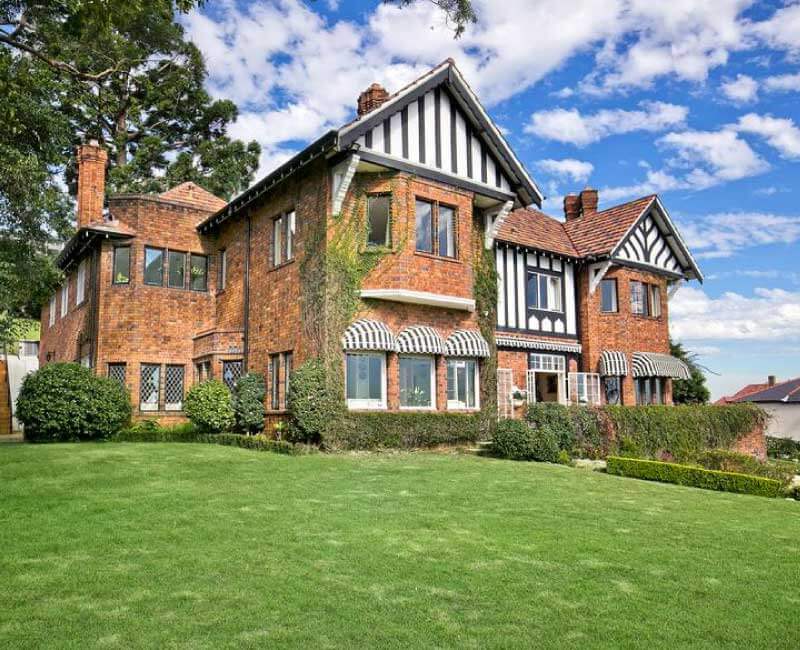 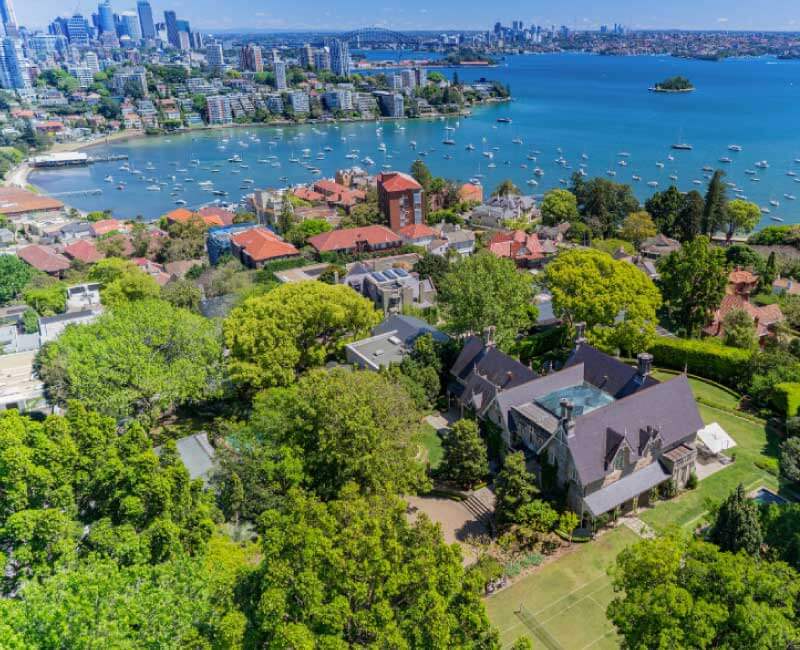 Cooper estate in Bellevue Hill owned by Daniel Cooper was one of the most famous farms in the region. He acquired the property from captain john piper. Daniel Cooper passed the land on to his nephew, and in the 1880s the property was divided up.

Bellevue still remembers the Coopers through the very scenic and serene cooper park that is a frequented area by many of the residents for picnics and quiet walks.

Bellevue hill mainly developed as a result of the tram line that opened in 1909. The tram service served most of Bellevue which made transportation easier and quicker. There are bus transits that serve in and out of the suburb.

Being one of the wealthiest suburbs in Sydney, property rates are very high. The suburb also has many historical buildings that commemorate the rich history of the area.

Some of the most expensive residential buildings sold in the area include the Queen Anne home that sold for $22 million and the mansion bought by Lachlan Murdoch for $23 million.

Bellevue Hill is home to many notable individuals like actress Toni Collete and her husband musician David Galafassi. They sold their Spanish mission style El Mio home for $6.4 million. Other famous people living or born in Bellevue hill include artists, entrepreneurs, and scholars.

Bellevue hill is also home to many heritage buildings which makes it a favorite suburb in Sydney for tourists. They include the Cranbrook sports pavilion, Rovello Ginahgulla road, Villa d’Este, Bonnington among many others.

The uniqueness of the suburb lies in its heritage and the breathtaking views that have people glued to the area.