Bondi Junction is a suburb, 6 kilometers east of the Sydney central business district.

The suburb is part of the eastern suburbs of Sydney in Waverley. Some of the suburbs around Bondi junction include Bellevue hill to the north, Waverley to the south; Centennial Park is west of Bondi Junction and Bondi to the east. Bondi beach is a favourite sport for many residents of the area.

Bondi junction is mainly a commercial suburb, but there are residential areas within the suburb. It is the fifth largest business district in Sydney. Shopping and transport are the most buzzing activities in the area. The development of the suburb has seen the area Undergo many changes, especially in the 20th century.

Most of the suburbs streets and avenues have businesses, large shopping malls, restaurants and many other commercial enterprises. Westfield Bondi junction mall is the most frequented area for residents and visitors from all around Sydney for trendy fashion designs.

Many people visiting Sydney always make a point of stopping by the beaches and parks. From Bondi junction, the moonlight cinema is easily accessible making it a favourite spot for many people. Bondi beach is a neighbouring suburb of Bondi Junction. It is a perfect location for relaxation by the sandy, sunny beach. 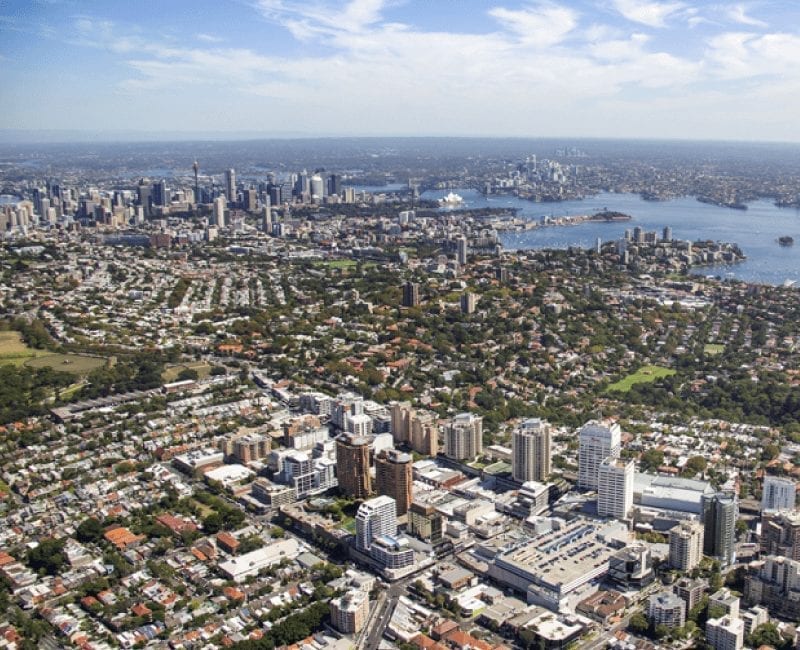 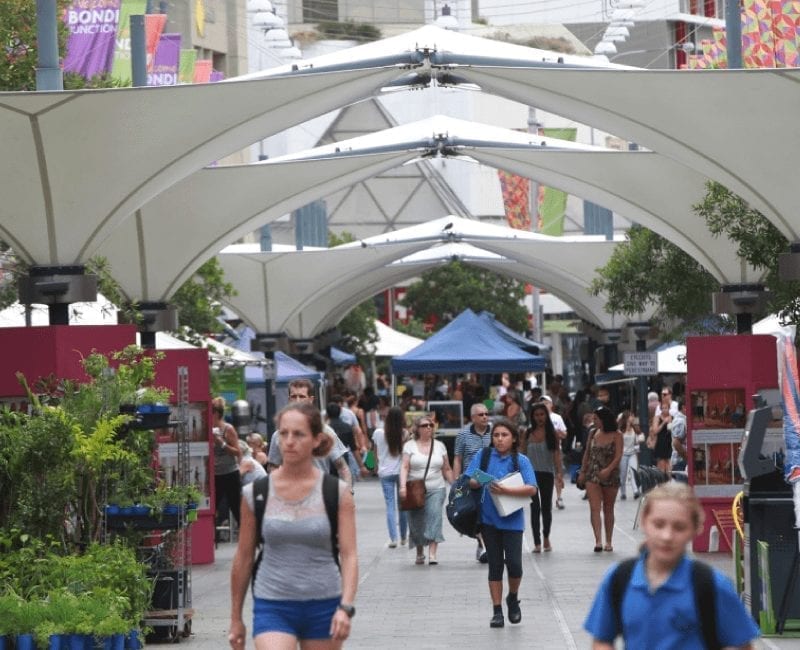 The original settlers of the area were aboriginals who named the area Bondi. The name means ‘Water breaking over rocks.’ When other settlers arrived in the area, they adopted the name which is why it has remained as Bondi.

In 1827, construction of the first house in the area took place, Waverley house by Barnett Levey. The house was later demolished after belonging to many different owners over the years.

Another Settler Henry Hough made a wind-powered flour mill in 1832 which was the start of the development of the area. Through the changes that the area has witnessed over time, some of the old pubs have remained. They are evidence of the commercial history of Bondi Junction.

Besides being a commercial and transportation centre, Bondi Junction is also home to the clubhouse of the Sydney Roosters, a very famous rugby team that represents the eastern suburbs. Bondi Junction is a vibrant suburb that is not just about business all the time. There are many restaurants and eateries all over the suburb that make for a good relaxing time with friends and family.

In 1939, the Grace Brothers began a department store in the area at a location that was previously a picture theatre. A large building was built to replace the small department store in 1957 designed by Morrow and Gordon. The Grace Brothers became the most influential business owners during the 1976 construction of Bondi junction plaza, a shopping mall.

Bondi junction has many landmarks and heritage buildings like the Waverley library. Clementon Park, Fingleton reserve among many others.